Having a generator at your home can be necessary for some people. This is usually the case for users who live in an area where they keep getting frequent power outages resulting from hurricanes and whatnot.

Though, these devices can also be used if you enjoy traveling around a lot. At the same time, a recreational vehicle will allow you to get the most benefits that you would get in your home.

Trying to use electrical appliances on these vehicles will drain their batteries. This is where people decide to install portable generators to get the power whenever and however they need it.

You should note that many companies manufacture these devices. But one of the most recommended ones is Honda. They have a massive lineup to select from, out of which all of their devices have unique features. Their generators are highly efficient and reliable.

The Honda EU2000i model is one of the best generators that have come out from the company . This is extremely compact when compared to most standard models.

Considering this, you can see that the device was aimed to be portable. This is precisely why most people decide to install these in their vehicles and can enjoy their trips.

The generator also provides users with lots of power to keep their appliances running throughout the trip. While these are some of the best devices you can get, some problems can be found.

One issue that many users have complained about is the device running only while the choke is on. In this article, we’ll focus on the purpose of a choke on a generator and what are the primary reasons that are causing the Honda EU2000i to run only with a choke on. Let’s read more into that.

Purpose of a Choke on a Generator

The amount of air flowing into the carburetor needs to stay within limits. The choke has the job of keeping restrictions on that amount of air. As soon as the choke is turned on, a rich mixture is formed that contains more fuel than air. This mixture is known to combust better while the engine is still warming up.

If you turn off the choke, it results in an increased amount of air flowing into the engine. The mixture formed is lean as it has less fuel and more air.

Working of a Generator Choke

A generator cannot operate without the proper combination of air and fuel. The amount of airflow needs to be kept in check, and this is done by a generator choke. Only a mixture with optimal fuel to air ratio can give rise to efficient combustion.

At the very start of the engine, there is more air in the engine, and the fuel is less. Therefore, the choke is turned on to limit the amount of air.

Honda EU2000i Only Runs with Choke On

If your Honda EU2000i is only running with the choke completely switched on, there is most likely a problem with your device. These chokes are usually made to control your device’s internal supply of air and fuel.

The choke will either close down or open depending on how much air is required to be filled with the fuel. Considering this, if the generator requires you to keep the choke switched on, there is something wrong with it.

The first thing you should do is clean up your device thoroughly. Sometimes, dirt stuck in the tank or carb can cause the generator to run into similar problems though if you have thoroughly cleaned it off and replaced the fuel, you are still getting the same issue.

Then there is a high chance that some of the parts in your device have become faulty. One thing that many people recommend you test is spraying carb cleaner around the part your carb is meeting up with the engine.

If you notice any changes in the sound from your engine, there is an intake air leak around the body of the carb. You can test this by spraying something flammable like carb cleaner around the spot where carb and engine are aligned while running. A sudden change in the sound of the engine is a clear sign of a leak.

In case of an air leak, the engine draws the stuff towards itself and runs extra lean. If you add the choke, it will counteract this.

Some people might avoid spraying liquid-like carb cleaner on the electric-motor driven throttle of the EU2000i. You can get flammable gas by cracking the valve of an unlit propane torch. Make sure you move the torch tip around the engine to record any sound changes in the engine.

Be very careful and quick while performing this test because nobody wants a load of unburned flammable gas around a running engine.

Most of the time, a faulty carburetor is a primary reason behind a generator running only on full choke. If there is clogging of the carburetor in some places, you will have to clean it thoroughly. 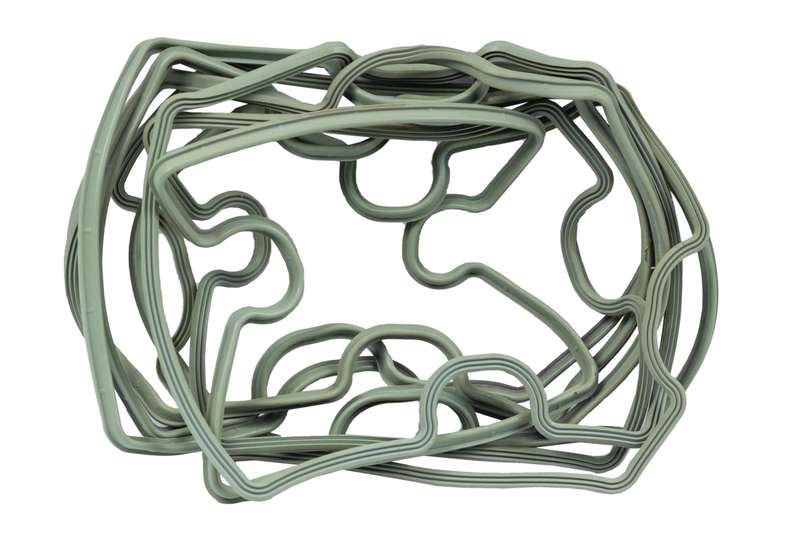 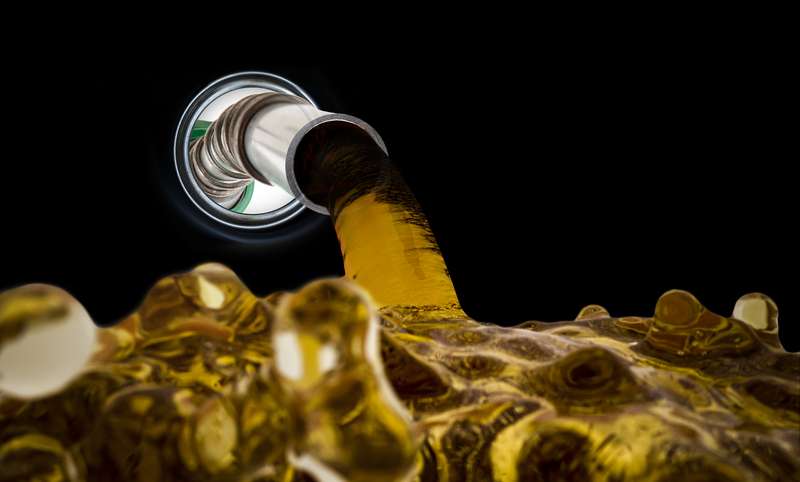 If there is not enough fuel for the engine, get ready to expect similar results. If the fuel is sufficient and still the generator is running on full choke, it suggests that the fuel might be stale. It is a common issue with generators that have had the same fuel for many months, and the owner took no step for stabilization.

It is possible that the fuel stored in the generator might be of inferior quality. It can also lose some of its cleaning additives with time. You will know when the fuel has gone bad because it starts giving a foul smell. It would be best if you got rid of this gas as soon as you get to know about the problem.

The first step is to isolate the carburetor from the fuel tank, and this is done by turning off the fuel valve. Your carburetor will have a drain screw. Take a 10mm wrench and open the screw. Make sure there is something underneath to catch the gas.

Take an empty fuel container and look for the point where there is the attachment of the fuel line with the carburetor. That’s where you’ll have to disconnect the fuel line. Move the clamps with the help of pliers. You have two options of placing the fuel line, either in a funnel or straight into the gas container. The tank will start to empty itself as soon as you turn the fuel valve on.

Another way to deal with the stale fuel is to add 50% new fuel and add a carburetor cleaner additive in the mix.

Another essential reason behind the generator only running with the choke on is the bad diaphragm of the engine. If the diaphragm is not working fine, the generator loses the power to draw the fuel towards itself for operation.

The diaphragm can stiffen or dry rot with time because of constant exposure to fuel and heat. There is no such effect of faulty parts on the diaphragm. However, it won’t be wrong to say that a bad diaphragm is the result of regular use.

Fixing a Choke on a Generator

Sometimes the choke lever is completely broken down and demands replacement. There is another way to deal with it. You can see the air intake holes on the cover of the air cleaner. Place the tape on those holes and start the generator.

You can remove the tape after some time. Lubricating the choke shaft and linkage is also known to bring an improvement in the movement of the choke lever.

Using a Choke On a Generator

An ‘On’ choke will lead to turning the ignition on. Make sure it happens before you pull the recoil cord. You will notice the engine running. Now, you’ll proceed to move the choke to the ‘Run’ position. It is usually better to wait a while before moving to this position.